Food for Thought (or Divine Intervention) 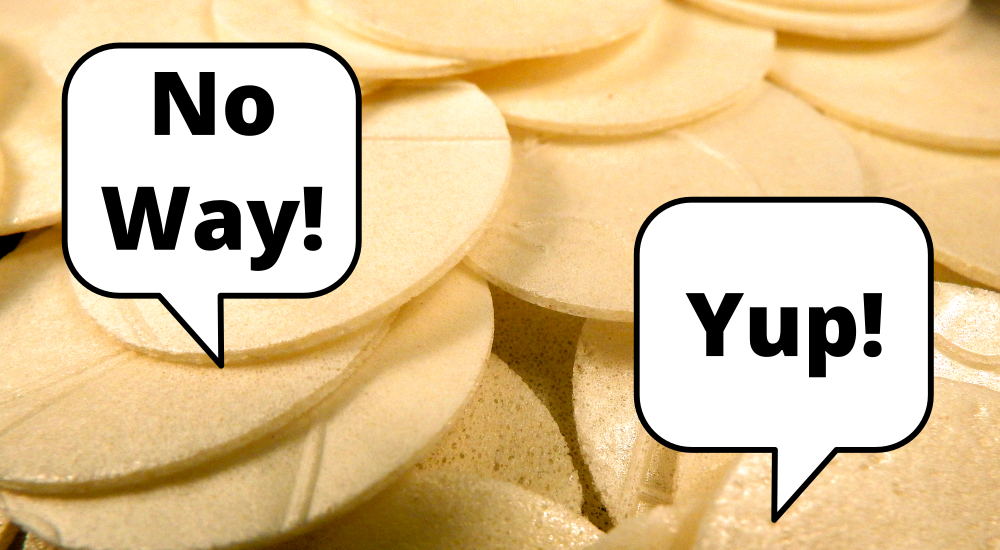 The world of dining goes well beyond restaurants where we regularly dine. It is almost unimaginable in how many places in which people eat, from schools and universities to care homes and hospitals even too the scientific research station in Antarctica. However, foodservice equipment goes beyond dining as we found out at the General Parts Group – Tucson office recently.

I bet you have never thought of where a communion host has come from or how it’s made?

A Foodservice Equipment Repair Call Like No Other
It started with a call from Santa Rita Abbey in Sonoita Arizona, they called looking for someone who could work on an industrial make-line. We booked the call and sent one of our senior technicians, CW out a day later. Little did our technician know what he was getting into, but shortly after arriving, he called the office and informed us what specific foodservice equipment they needed to have repaired. It turns out that Santa Rita Abby make altar bread, and one of their two lines were down. The thermostat that controls the oven where the sheets bake, before being cut, had shorted out and was irreparable. This was no normal thermostat and would need some time to figure out how to get a replacement. With Easter approaching, we knew time was not on our side.

CW brought the thermostat into the office and I had never seen anything like it. Looking over this thermostat I found some markings on it and decided Google was the way to go. It turns out this STATOP thermostat was produced from a company called Chauvin Arnoux. After making a few calls to suppliers selling their product, no one had this model available. I called the French manufacturer directly where none of the employees spoke English. Muddling through the conversation, they gave me a number to call. Luckily, that number was for the USA sales office who spoke perfect English albeit with a French accent. I explained what I had, and they searched and found this thermostat is no longer made and there is no replacement for it. Well, now we were back to square one.

After looking online for this thermostat and not finding anyone selling it, I called the USA office back and pleaded my case. I explained that this was for a monastery that manufactures the altar breads for Catholic mass, the voice on the other end perked up and said they would call the factory in France and see what they could do. About 3 hours later the call came in, the manufacturer would produce the thermostat needed as they understood the importance of what they are producing.

Going the Extra Mile for Our Customers
It took almost a month to get the part directly from France. We returned to Sant Rita and the nuns were ecstatic, the thermostat was installed, and the line was back into production. The technician observed the process and was astounded by the process to make altar bread.

Santa Rita Abbey monastery in Arizona ships their altar breads all over the country and have been doing so for over 35 years, there are a small handful of monasteries that do this. Never, in all my years of repairing foodservice and restaurant equipment, did I ever think of altar bread production. This just demonstrates how vast commercial foodservice equipment repair can be. Most of the time we are just servicing restaurants, but every now and then you get a memorable call like this which is good to share.