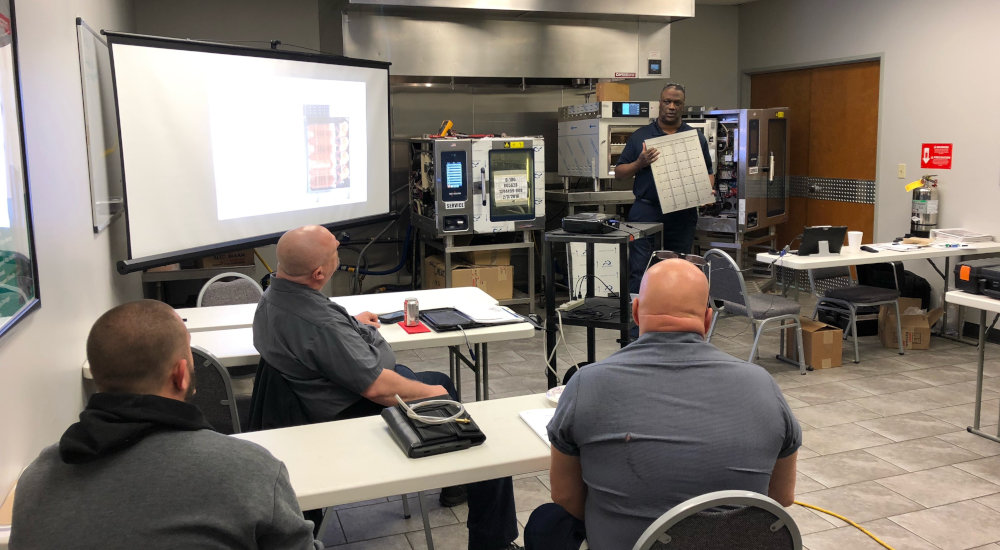 Our manufacture spotlight feature turns its attention in this edition to long-time partner Alto-Shaam. General Parts Group is proud to be able to track its association to Alto-Shaam back to the early 1970s, but Alto-Shaam’s history stretches back a little further than that and is quite an interesting story!

Founder, Jerry Maahs entered the world of foodservice in the early 1950s as a Wisconsin restaurant owner, being one of the first Chicken Delight franchise owners. Jerry realized that keeping product hot especially during the cold Wisconsin winter was key to keeping his delivery customers happy and growing the business. Jerry quickly started to develop his first holding-oven, which led to the formation of the Alto-Shaam company in 1955. Continued development would lead Alto-Shaam to create its thermal cable signature technology, Halo Heat® and ultimately, a whole new ‘cook and hold’ equipment category. The inspiration for the development of Halo Heat® is a unique story. Jerry attended a Green Bay Packers game in December 1967, this game is remembered as the ‘ice bowl’ because of the extremely cold conditions. Jerry observed than an electric thermal cable had been placed under the surface of the field to keep it ice-free. From this discovery, the first thermal cable hot-box was created, and Halo Heat® was born.

“I found out about thermal heating cable. The heat was gentle and even,” Maahs said. “We quickly realized we had something special.”
Today from its Menomonee Falls, WI headquarters, Alto-Shaam is led by Jerry’s son Steve & daughter Karen Hansen, and is a global company producing an extensive range of foodservice equipment including rotisseries, food wells, convection ovens and of course Alto-Shaam’s popular combination oven the Combitherm® and their newest revolution in cooking technology, the Vector Multi-Cook Oven with Structured Air Technology®.

As previously mentioned, General Parts Group’s association with Alto-Shaam began in the early 1970s. Alto-Shaam holding equipment was rapidly becoming a mainstay in most restaurant kitchens and was especially popular in the Upper Midwest. General Parts signed on as an Authorized Parts Distributor and Service Agency in our Fargo and Minneapolis branches. Through the years, we have grown with Alto-Shaam and now represent them in most of our 29 locations throughout the country. We value being Authorized Service Agency, as well as the continuous training our service technicians are provided by Alto-Shaam on all of their products. Our relationship is something we are proud of and look forward to continued growth with a premier foodservice industry equipment manufacturer.

One last interesting tidbit of information is that the Shaam in Alto-Shaam is the Maahs name spelled backwards!