About Bruce Hodge, Past President 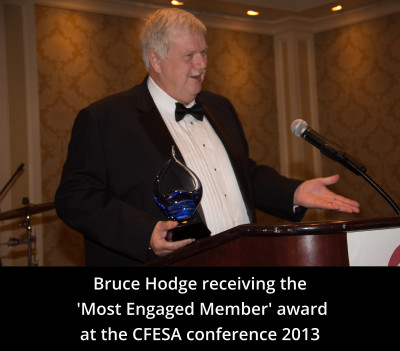 President and Chief Operating Officer of General Parts Group, Mr. Bruce Hodge has spent over 47 years in the industry in both equipment sales and service.  Bruce is a Past President of the Commercial Food Equipment Service Association (CFESA), served three terms on the Board of Directors and has chaired the Program and By-Laws Committees.  In addition to his service in CFESA, he has participated as an industry consultant on numerous foodservice equipment manufacturer advisory boards.

Mr. Hodge was a founding member of the Board of Directors of the National Service Cooperative in Omaha, NE.  He was the recipient of Food Equipment & Supplies Specialist Magazine’s 1997 “Young Lion” Award and Foodservice Equipment Reports 2010 Industry Service Award.  In 2013, he was awarded the CFESA’s first “Most Engaged Member” Award.

Additionally, he attained the National Association of Food Equipment Manufacturers “Certified Food Service Professional” designation which he continues to maintain at its highest level.  He attended St. Thomas University in St. Paul, MN and graduated in 1978 with a BA in marketing.

Bruce retired from General Parts on September 30th 2018, at which time, Gary Schermann was promoted to President.