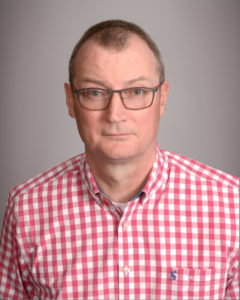 Director of Marketing, Stephen Bloomfield began his career at General Parts in 2011 initially as the Branch Manager for the Tucson location. Due to his background in graphics and his experience working with brand marketers, Stephen transitioned to the role of Director of Marketing in 2013.

Stephen is currently responsible for all marketing output.  During his tenure, Stephen has worked with the senior management team to update the company’s overall brand message, redesigned the web space, consolidated all social media messaging and launched email marketing.

Prior to working at General Parts, Stephen held several management positions in the UK and USA within the packaging graphics and print management industries and was fortunate to work for some of the world’s largest brands including H&M, HP and Walmart. Stephen immigrated to the USA in 2005 and is based in California.